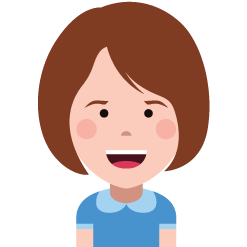 The Best Ways to Level a Sinking Cemetery Monument

Headstones, cemetery markers, and grave monuments are intended to be permanent, physical reminders of a loved one. This permanence is not automatic. Maintaining a headstone doesn't involve a huge amount of ongoing effort, but some work is needed to offset the effects of weathering. This involves occasional cleaning, removing any overly-enthusiastic plant growth, and making sure that you inspect the monument for damage after extreme weather. But what kind of maintenance is needed when your loved one's cemetery monument appears to be sinking into the earth?

It's plausible for a heavy, stone headstone or monument to sink, although a small, plain grave marker is unlikely to. You could be contacted by the cemetery themselves, or you might happen to notice the gradual sinking of the headstone when visiting your loved one's final resting place. It can be distressing to see, but you need to turn that distress into action.

Provided there's no structural damage, a sinking headstone or cemetery monument can generally be salvaged. As its foundation becomes increasingly unstable, the resulting uneven distribution of weight may cause the headstone to topple over. If this happens, a costly replacement of the monument can be unavoidable. For the moment, the primary issue is with the stone's foundation, rather than the monument itself. Restoring that foundation should be your priority.

Leveling a sinking headstone should not be a DIY project. The cemetery may only permit the work to be carried out by a qualified masonry company. Firstly, the headstone will be inspected. The foundation may still be intact, so the headstone's connection to its base will be examined. If there are any breaches in the stone, moisture may have entered the base, causing the headstone to loosen and tilt. These breaches will be sealed with the headstone and then re-bonded to its base.

A sinking headstone can usually be saved, but only up to a point. If its foundations deteriorate to the point that the monument topples over, then the entire memorial will need to be replaced. The point is to step in and restore the foundation before the headstone itself is jeopardized.